Co-operation, plurality and their relationship to Nook play spaces

“......Is not the act of playing ….of such a peculiar and independent nature as to lie outside the ordinary categories of action? Playing, he explains, is not doing. You do not do a game, as you might do ironing, woodwork, or ballet,; you play it"

Quote “ Education must not be what it has been, our children are tomorrow’s already. We must educate them openly in the world, without pretension of profession. Their world will not be the one we have known, we must create a world where we are not instilling yesterday’s knowledge but to create spaces in which tomorrow’s problem become visible”  Zachary Stein

As we restart Nooks post pandemic we would love to make you all aware of how we dream of Nooks evolving going forward.

The role of Play in co-operation:
Real play is deep, absorbing and satisfying. An active childhood, with plenty of opportunity for play, develops the individual child in innumerable ways. Just as sunlight provides the body with vital nourishments, high quality play in childhood is nature’s vitamin for our whole sense of well being , we should not be complacent about the loss of play.Play is mischievously difficult to pin down.

The word is itself resistant to categorization, as the historian and writer John Huizinga wryly observed in his scholarly and influential book ``Homo Ludens “......Is not the act of playing ….of such a peculiar and independent nature as to lie outside the ordinary categories of action? Playing, he explains, is not doing. You do not do a game, as you might do ironing, woodwork, or ballet,; you play it. He also describes it as integral to life” Seems like there is a social value associated with play.

Dr Stuart Brown has come to the conclusion that childhood play, rather than being peripheral or optional, is central to an individual’s healthy development, and to the development of his or her social relationships. Play is as important to life as sleeping and dreaming, he maintains. And children need play advocates around them who sanctions their play. Sanctioning play also might mean having faith in children and accepting them as people who need to make mistakes and who must rely on our tolerance when they do so. This introduces us to the concept of purpose aligned community and adults who are acting as play advocates and letting the children play without interrupting them.

Children are able to relate to others during play to create relationships. When playing, children interact with one another. Prosocial behavior is needed during play because it allows children to become aware of others’ emotions and enhances perspective- taking (Denham, 1986). Being aware of others’ emotions teaches children that they can empathize with another person. Perspective taking at a young age is important because this can show children that not everything is the same about everyone. It also helps children become less egocentric, because when children show prosocial behavior, they are not always thinking about themselves, but about others.

Cooperation is an intrinsic phenomenon developed out of play.

Reflection:
Sarah Hardy’s thoughts ,“We began raising our young ones in large groups, co-operating with one another to shoulder the task of vulnerable infants into thriving adults. She draws from wide-ranging sources of evidence from the genetic to the endocrine to the archaeological, to argue that the origins of human sociality and our incredibly sophisticated theory of mind may be tied to the human practice of turning to multiple caregivers for support.”
Even Angela Garbes writes in her new book, " Essential Labor: Mothering as a Social Change" . Raising kids is “not a private hobby, not an individual duty,” she goes on. “It is a social responsibility, one that requires robust community support. The pandemic revealed that mothering is some of the only truly essential work humans do.”

Questions we are raising:
We have been researching and working with families, caregivers and educators for the last 4 yrs and wondering  how that world might look like where raising children might become a community effort ? What Does that community look like? Is it even a model possible or we are dreaming a world of utopian dreams? Where do we start to create such a world? Is it even a possibility? And how does technology might step in to create such a world?

Might we tap into open source and common goods philosophies to create this network along with the Nooks as the networked Hub? How does the Co-op philosophies blend with the decentralized web3 network.

Our observations and findings :

Our observations and data started telling us a different story:
Pre pandemic we were blessed to have the support of the community while we introduced the Nooks in the neighborhood spaces.

All the above pieces of information when we weaved together got us thinking about how the spaces and the majority of the various groups of people Parents’ Nook have been collaborating with might be a public goods scenario.

Might we think when a group of purpose-aligned humans creates a murmuration scenario to support their own needs of parenting thus supporting the local ecosystem associated with it, it creates a solution which we all are striving for?

The recent information that research has offered in recent decades makes it clear that something can be done to alleviate problems that parents and caregivers face. Instead of isolating parents and caregivers in their homes with a baby , parenting would be much more based in a local community of adults. Reducing the twin stresses of isolation and inexperience that plague parenting  will involve some radical thinking of the condition in which it takes place.

There is now little doubt that early childhood experiences are important. That the quality and stability of relationships children experience matter. We also know that parent involvement is intricately intertwined with a child’s intellectual growth and emotional stability.

Our research with many technologists over the last few years over the pandemic made us believe that such a world is a possibility. So we are trying to create this dream spaces for parent care and childcare all around our community, if you are interested in participating, here is how you might be able to participate. We look forward to your thoughts and participation as we create these nurturing spaces of families together.
Our plurality :

We also deeply believe and are committed to the principles of balance and interconnectedness amongst us and we believe that the collective plays a huge role in raising children. Its an ecosystem that is based on our collective principles, codes, connections and actions that allow the project to support as many needs a parent and an educator face as possible.We also deeply believe that each part of the project has a role in that the transformation of the whole is only possible with the participation of all parts. We say we are cooperative because all initiatives and individuals involved are based on mutual support, solidarity and equity.

Note: This space we are creating is a space of reflection and action. We are trying to create an economy based on the local community’s needs. So we encourage you to participate. We believe that on-the-ground community economic experimentation will provide us the inspiration and guidance needed. Our aim is to build complex adaptive systems for parenting communities attuned to the needs of the people and little humans participating in it.
The late John Lewis said, ending the essay with these words:
“ I urge you to answer the highest calling of your heart and stand up for what you truly believe. In my life I have done all I can to demonstrate that the way of peace, the way of love and nonviolence is the more excellent way. Now it is your turn to let freedom ring.”

How you might participate:
We are working to connect families by providing them with a safe space to gather with purpose alight care givers, and an environment in which our kids can flourish. So if you are a parent, an educator and someone who is in the East Bay (near Oakland), and would love to get involved in our upcoming Nooks as a caregiver, a parent or as someone passionate about early childhood parenting we would love to hear from you. We believe in individual connections and we might want to have a conversation/meet you in person once you fill up the form.

You can learn more about us here: 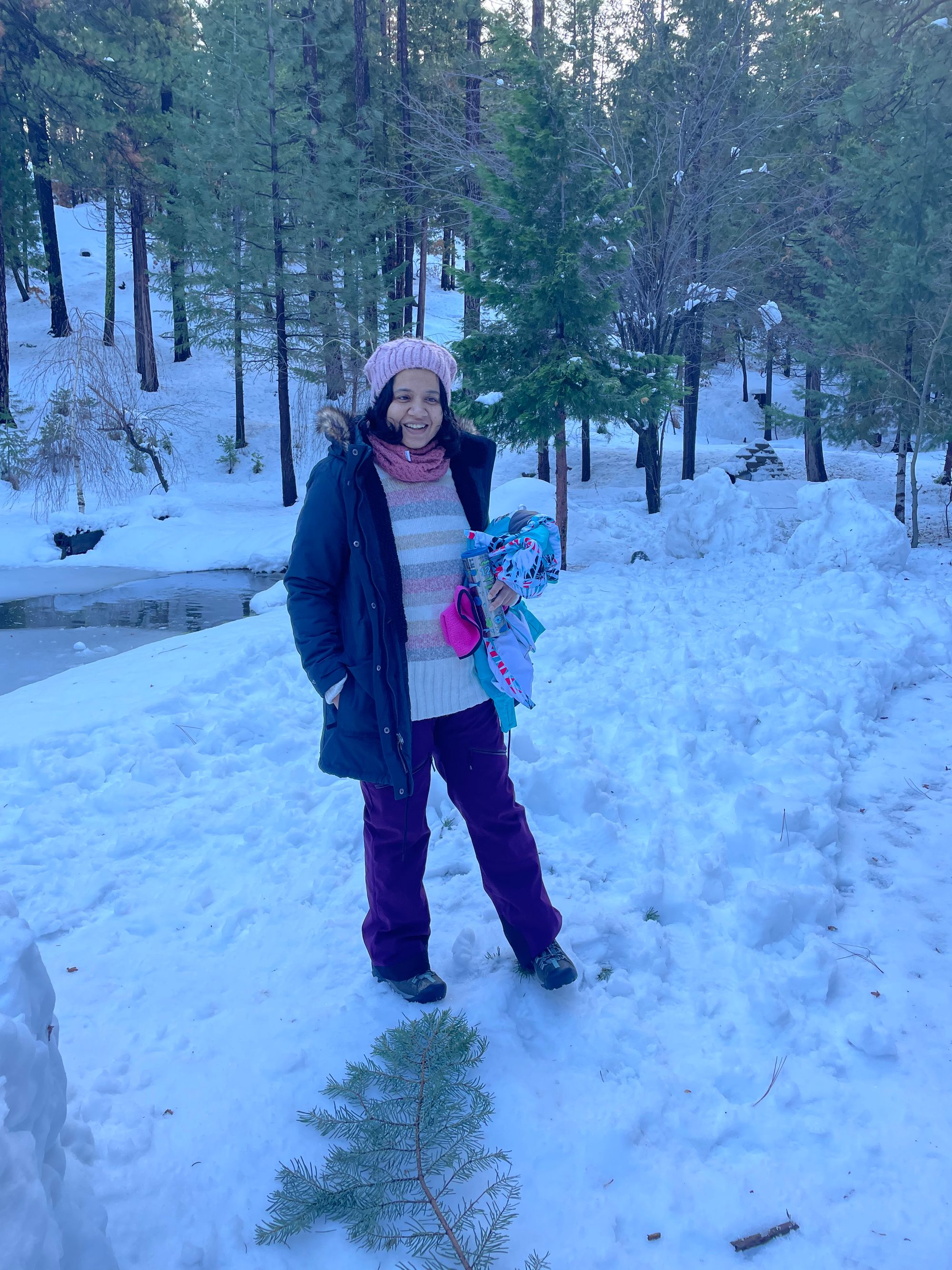 We want to incorporate the best digital tools to strengthen families and neighborhoods,while co-creating shared play spaces collaborating with public/private spaces thus facilitating a sustainable parenting scenario, and we would love for you to be involved. Subscribe now.